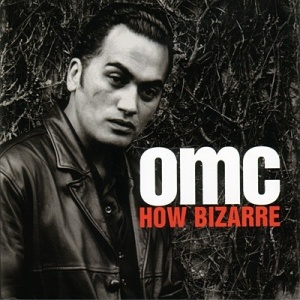 (A warlock with troll-skin boots? Yeah. Amazon. Click to SET HIM FREE for $0.99) 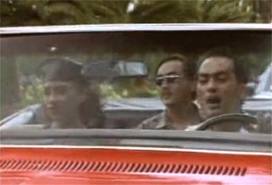 TODAY’S HONOREE: “How Bizarre” by OMC

RUDIMENTARY ANALYSIS: The brainchild of New Zealand pop-funk group OMC (Otara Millionaire’s Club), this song could not be escaped by anyone alive and near a radio in the USA in 1997. That’s not a bad thing: the irresistible groove, intriguing lyrical turns, and unique vocal style of lead singer Pauly Fuemana made this a hit to savor, particularly on a summer day when you, too, might find yourself “cruising down the freeway in the hot, hot sun.” Overall, the song seemed to celebrate unbridled freedom and companionship, while the lyrics evoked a warped expedition through Fellini’s brain on LSD. “Mary Had a Little Lamb” this was not.

DEFINITIVE LYRIC: Pele yells, “We’re outta here.” Zina says, “Right on.” We’re making moves and starting grooves before they knew we were gone. Jumped into the Chevy and headed for big lights. Wanna know the rest? Hey, buy the rights… How bizarre, how bizarre.

BRUSH WITH GREATNESS: The song soared to the No. 4 spot on Billboard’s Hot 100 Airplay list in 1997, but was not eligible for inclusion on the Hot 100 list because the track was not released as a single in the USA. Despite its “airplay only” success in America, the tune did score similar chart positions and monster sales in other nations around the globe. It was voted the 34th Best New Zealand Song of All Time by some group of discriminating dweebs that apparently debates the greatness of songs emanating from that part of the world. OMC was also declared the 71st Greatest One-Hit Wonder of All Time by no less an authority than Captain James T. Kirk of the Starship Enterprise. Righteous.

WHERE ARE THEY NOW?: Alas and alack … OMC never had a chance to realize the full potential of their considerable talent as a band capable of bringing the hit-glitter to worldwide tune charts. Pauly Fuemana, who suffered from a debilitating neurological condition, died in 2010 at the far too tender age of 41. How bizarre. How bizarre. RIP, Pauly.

EXPERIENCE THE MAGIC: Go on, get in the car. Front seat. Sweet Zina will move over and make room.

Escape the Imminent Collapse of Civilization, Friends, if Only for a Few Hours. Get acquainted with the comparatively sane world of Rowan Blaize.

A deliciously twisted magical adventure is born with Rowan Blaize and the Enchanted Heritage Chronicles. Use any of the Rowan Blaize book icons on the upper-right (or use the links below) to learn more or purchase with an enchanted click.