It’s easy to grade on the curve when the classroom is already warped. #GemsOfNihilism 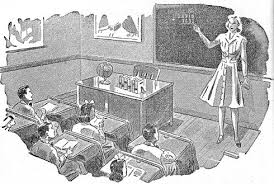 ← So glad they took a real risk & chose an obscure, humble, “talented type” to be #BritishGQWomanOfTheYear #Refreshing
Cindy finds NO correlation between her iPad and increased stupidity … →