The realm of ancient sorcerer Rowan Blaize is one in which otherwise hidden worlds collide with (or dwell alongside) our own mortal sphere. Rowan’s existence is played-out across landscapes and dreamscapes that encompass “worlds within worlds,” providing the observant traveler ample opportunity to encounter creatures of dazzling magical qualities. Some of these beings are friendly, others are belligerent, and still others have a hard time deciding among the various options. From one universe to the next, certain things never change. Enjoy meeting the main characters of Rowan’s adventurous story in the profiles below and remember: wherever the world and whomever the wayfarer … only enchantment is immortal. 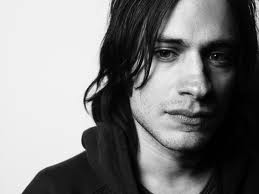 The enigmatic Gael Garcia Bernal has the requisite moodiness to play a wandering demi-god. He’ll have to grow the long hair back, though. Hope he can manage it — the call from his agent is right around the corner.

Age: Unknown, but one can assume he is at least twice as old as Rowan, making him well over 5,000 years old.

Background: Little is known of Rowan’s father, Enoch, save for the fact that he vanished centuries ago “while seeking to cross the Gates of Punojem by the Waterfalls of Bibb” (according to Rowan’s mother). Rowan’s maternal aunt, Ariadne, suggests that Enoch crossed over into the world of Abarat — a personal homage to the great Clive Barker’s series of otherworldly books. Regardless of his destiny, Enoch Blaize appears to have shared Rowan’s own fondness for risky inter-dimensional investigation.

Significant Traits: It seems that Enoch may be a tad disdainful of magicians less formidable than himself (Snob Alert). He loves patronizing naiads and enjoys a languid vacation in Sardinian sunshine.

Classic Quote: “That’s as may be, Dear, but they aren’t the purest stock to begin with, are they? More than a touch of dryad in old Haziran’s woodpile.”

Featured In: Book Two (Rowan Blaize and the Hand of Djin Rummy) and Book Four (As-yet-Untitled).

*If I am ever fortunate enough to see Rowan’s adventures adapted for film or for the stage, this is the actor (or creature) I can most readily visualize playing the character in a given profile.

← When it came to rotting teeth in the ’80s, Sugar Bear left no child behind! #nostalgia #kidkibble
Some kids are raised by wolves. I was raised by 2 swingin’ hippy-chicks & a pink squirrel. #iturnedoutokay →