For everyone’s sake, enjoy your penguins in #moderation. 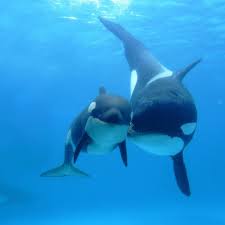 “So, anyhow, the pod of bottlenose dolphins didn’t even know we were around until that stupid Barbara let one rip, right in the middle of the hunt. It was like a bomb going off, Sheila! I think it even killed an otter floating up on the surface. Poor Leonard was swimming behind her and practically turned green. Never saw such a bubble in my life. I told Barb, I said, ‘Girl, you need to lay off the penguins before bedtime.’ I mean, I love ’em, too, but they are SO not worth the gas and bloating.” I swear, some people have no consideration for the comfort of others.”