And you think YOUR kids are bored? They’re licking #eyeballs in Japan. #headlines

Coming Soon to a suspiciously locked teen’s bedroom near you!

CULTURAL TOXICITY QUOTIENT: 9 (Not quite as twisted as Howl’s Moving Castle … worse than seppuku)

RUDIMENTARY ANALYSIS: I’m going to be brutally honest, here. I blame the bombs dropped on Hiroshima and Nagasaki. Yes, I do. The Japanese people have never recovered and I frankly don’t think they ever will. Those islands have been a locus of festering Post Traumatic Stress for over 65 years and the sheer magnitude of disconnected, disoriented Crazy that’s emanated from Japan has been nothing short of astounding through the decades.

Look, I’m down-on-my-knees thankful for Godzilla. I’ll cop to that. My childhood would have been nothing but a desolate Saharan landscape littered with sun-bleached camel bones if it hadn’t been for Godzilla and Ultra-Man and all of those other dignified rubber monsters that roared out of Toho Studios in the ’50s, ’60s, ’70s and ’80s. A bit later on, karaoke and Pokémon and Manga and all of that other monkey business only convinced me that Japan was … well … probably too small to contain so many anxious, stir-crazy minds obsessed with finding new ways to express a pervasive conviction that nature is irrevocably warped.

Now the Japanese kids are licking each other’s eyeballs for fun.

Supposedly the “fad” began with a music video by a Tokyo-based EMO band that probably sang about origami swans giving birth to unicorn-witches in blue jumpsuits in the middle of an exploding star trapped in a pixel, but whatever its source, this quaint little “tongue-on-cornea” activity is leading to a mini-epidemic of conjunctivitis among teens and nausea among those around the globe who find themselves reading about this sort of crap. I realize, of course, that Japanese kids aren’t exactly the first to jump on the “Irrational Urge to Lick Something” bandwagon. Heaven knows enough American dolts attached their tongues for no coherent reason to metal poles in the middle of winter and paid the price for their trendiness. (I confess! I confess!) But eyeballs? By the thousands?

Let me be frank and perhaps a tad politically incorrect, here. After all, it isn’t as if the rest of the world could never have seen this sort of thing coming, what with the whole eyeball focus (no pun intended). Face it (but don’t lick it): the Japanese have got some sort of cultural complex about eyes. One fails to see how any reasonable person could assert a convincing theory to the contrary. 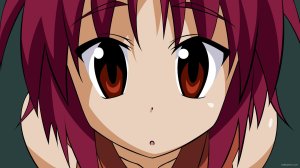 No … Japanese culture has no fixation on the size of the eyes whatsoever.

Why, any swift pass through a comic store’s anime/manga section or 5 minutes in front of the great Miyazaki’s Princess Mononoke will tell you all you need to know about the way Japanese culture perceives the importance of the eyeball. The need to lick eyeballs, however, escapes me entirely. This sort of behavior leads me to conclude that ethno-centric cultural issues have absolutely nothing to do with this particular, disturbing and medically dangerous fad.

This sort of behavior leads me to believe that the Kilaks from Planet-X are once again beaming mind-control signals from a crater atop Mt. Fuji and are using an eyeball-licking command as a mere “test” for their intergalactic equipment before they summon Ghidrah the Three-headed Monster

to obliterate the handful of rational souls still left in Japan. I’m fairly certain of this. Oh, and also: some people are just too damned bored for their own good.

Lest anyone think I am picking on the Japanese unduly, thing again. I have little doubt that weirder things than eyeballs are being licked in the shadows of trailer parks across West Virginia this very minute.

WE INTERRUPT THIS POP HAZMAT HEADLINE/BULLETIN/WARPED EDITORIAL TO BRING YOU THE FOLLOWING PUBLIC SERVICE ANNOUNCEMENT!

“People of Japan! People of Japan! Mothra has sent us to ask you: ‘Would you stop licking each other’s eyeballs, please? Thank you very much!’ Mothra says that licking eyeballs is dangerous and might possibly give the rest of the world the wrong impression about the minds of the Japanese people, to say nothing of the spread of disease due to the ingestion of morning-time crusties. Certainly, no Japanese child would ever wish to displease Mothra or bring shame upon the Emperor due to strange habits that involve tasting the organs that are normally used by people for the purpose of seeing things. 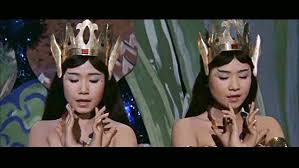 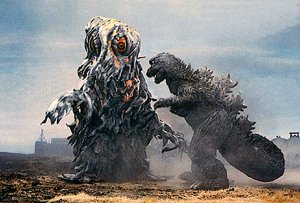 “Say … that’s a mighty sweet set of peepers you’ve got there, Smoggy. Mind if I give one of ’em a quick lick?”

If you’re bored and don’t have any eyeballs to lick, hop on over to Jonathan Kieran’s Official Facebook Page and give it a Like!

← Have you witnessed a Crime against Beauty? Don’t hesitate to call 911. #headlines #satire
Sorry, but Agent Smith learned it ALL at the feet of Hexadecimal. #nostalgia #animation #cybertoons →