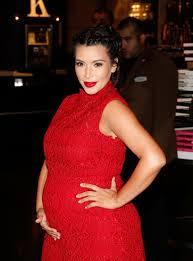 CULTURAL TOXICITY QUOTIENT: 10 (Oh, don’t look so surprised. You knew this going to be the Beginning of The End) 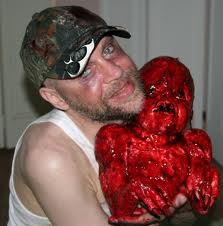 Alleged and totally UNCONFIRMED photo purporting to show a Doula Demon from the 7th Circle of Tartarus proudly holding Kim Kardashian’s newborn infant mere moments after it was reportedly wrenched from the gaping womb.

RUDIMENTARY ANALYSIS: One ominous eruption has led to another as the recent expulsion of hellspawn from the womb of Perdition Itself caused a catastrophic chain-reaction resulting in the spewing of ash from Mexico’s Popocatepetl volcano. Volcanologist Rudiano Galinde Los Noches explained the disturbing phenomenon to reporters gathered in Mexico City: “Obscure folklore associated with Popocatepetl has predicted something horrendous for centuries. The indigenous peoples have a saying. It’s not particularly well-known outside their circles, but when translated, it goes a little something like this:

‘When the Shameless She-Sow of the North shall give birth,
prepare for explosions of ash from the earth.
When a child claws its way from the Damnable Strumpet
’tis then that the Master of Hell blows his trumpet!
The moment the offspring can sign its first deal …
in fire shall the rest of us sizzle and squeal.’

“We figure there’s got to be a connection,” added Galinde Los Noches. “I mean, the children around Popocatepetl have been chanting this little ditty for centuries. It’s kind of frightening, when you think about it, but I guess the world has got to come to an end sometime. Anyhow, we’re still doing tests and cross-referencing a lot of data with stuff from the Book of Revelation. We’ll know more in a few weeks when In Touch Weekly publishes the first photos and you start to see things like frogs raining down from the sky, locusts devouring entire nations, and black-cloaked horsemen summoning devils from the depths of the sea. Things like that. We expect a real uptick in activity atop the mountain right around that time. Maybe even a pyroclastic flow. Who can say? We’ll keep folks posted, but, frankly, we’ve all been asking for it, so the whole collapse of the universe might end up being a little on the anticlimactic side. Just sayin’.”

“When the Shameless She-Sow of the North shall give birth,
prepare for explosions of ash from the earth!
When a child claws its way from the Damnable Strumpet,
’tis then that the Master of Hell blows his trumpet!
The moment the offspring can sign its first deal …
in FIRE shall the rest of us sizzle and squeal!”

STAY TUNED TO POP HAZMAT FOR MORE ASTONISHING DETAILS AS THIS STORY DEVELOPS!

“I’ve ALWAYS wanted to be a Baby-Daddy before the hour came for the utter annihilation of humanity. This is a very emotional moment. Please respect our family’s privacy at this sensitive time.”

← No Amount of #HocusPocus Can Save Bad Movies from Themselves. We Love ‘Em, Anyhow …
Don’t worry, fellow #doglovers: Doris Day & Betty White have been alerted and they are ON IT! →