Anne with an E-Ticket: Hollywood or Bust … 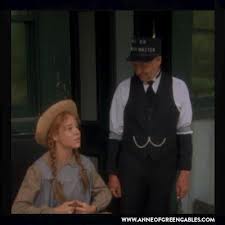 “Mister, I don’t know how I ended-up in this godforsaken neck of the woods, but my ticket specifically said ‘Hollywood, USA.’ That’s where I’m going to seek my fame and fortune. Got it? Bright lights. Beautiful people. The only damn gable I want to see in my lifetime is named ‘Clark,’ capiche? Now, kindly rectify the problem with my itinerary and you won’t have to worry about the potentially septic complications of a severe orphan-bite on your scrawny left leg. How’s that for a proposition, all silvery in the friggin’ moonlight?”

__
An epic new novel by Jonathan Kieran is slated for release in 2015. Stay tuned for more news about the book in coming months.

← Privacy in the Age of Technology? #Fuggedaboudit
Reality TV is the Butt-Thermometer: American Society is the Fevered Orifice… →