“Cooking with quail or Cornish game hens for the first time can be intimidating for a lot of people, but it doesn’t have to be. The secret is to select top-quality birds from your local butcher.”

“Usually I settle for local free-range birds, but for this meal I wanted something a little more exotic. Luckily, my butcher had just received a pair of rare squabs caught in the South Pacific. These are real delicacies and he even caged them up for me at the store. Have a look!”

“Please! We’re not meant to be eaten! We’re fairy princesses from Infant Island. Some nearsighted poacher from Tokyo bagged us by mistake while we were skinny-dipping in a coconut shell. There’s been a terrible mix-up. PLEASE set us free!”

“As you can tell from the incessant sounds of chirping and whining, this is clearly one of the more irritating species of Asian quail. But don’t let that dissuade you from a great recipe. The kitchen will be marvelously quiet once you snap their little necks or toss them into a pot of boiling water with a dash of Corsican sea-salt!”

“Be warned, O plump but winsomely jolly American bird-eater! If anything should happen to us, the wrath of our mighty island god shall be swift upon your head! Do not threaten our necks, but fear for the neck you seek to conceal with the upturned collar of that insipid blue smock!”

“Okay, between us girls and gays, the best part of cooking exotic Asian quail is that you can get a little drunk on plum wine, which is later used to deglaze the pan!”[`hiccup`]

“She’s too tossed! Our spells won’t work on her. Quick … use our holy incantation to call Mothra before it’s too late!”

“Mosu-RAH, Ya! Mosu-RAH! Come and save us from this tubby indo-moo. Wakka wakka HUNG! Koko Ping-Pong mahjong. Ramen noodles and dung. Miley Cyrus!”

“When the time comes to cook, don’t be afraid to just reach into that cage and grab your supper!”

“WAIT! NO! Don’t touch us! We haven’t finished our song! We’ve got fleas! We swear! Omigosh, that manicure is hideous!”

“See how easy that was? I didn’t feel like hovering over a sauté pan today so I just dunked them, feathers and all, in a deep fryer. In just five minutes flat …”

“… look at the crispy, golden brown goodness you’ll be able to enjoy with your significant other. My husband Jeffrey will be so thrilled when I let him out of the cellar to get a whiff of THIS! Oh … wait … my phone’s ringing …” 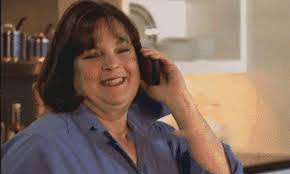 “Hello? Michael? Is that you?”

“Hey, everyone, it’s my friend Michael! He’s the one who owns a doll-shop down by the seashore. God, he’s such a hunk! I tell ya, if I weren’t married … Anyway, excuse me while I take this call.”

“So what’s that you were saying, Michael? Wait … hold on, honey. I can’t hear you. Have you got your sewing-machine going? There’s what? Giant WHAT? Coming ashore in the Hamptons? Oh, Michael … what have I told you about drinking while you work with gingham? Look, I gotta go. Dinner’s just about ready and I have to go unchain Jeffrey. You know how he gets. Lemme call you tomorrow … and lay off the Chantilly. Have yourself a little Klonopin. Take a nice nap. Okay, honey. Bye bye.”

“I swear, that Michael is such a handful, sometimes. It must be all the untamed testosterone just pent-up and swirling around with nowhere to go in that manly, hairy bachelor-body of his. I get the shivers just thinking about it. See, he gets to drinking whenever he runs-up a new dress pattern, like most men, and then starts seeing stuff that isn’t there. Giant monsters. You wouldn’t believe the shit. Sometimes he cries. The guy needs a wife in his life … fast. But anyway, I need to plate up these Asian chicks.”

“There. Doesn’t that look great? I like to leave their little leg bones in because I find it enhances the flavor, but you can skin & bone yours before frying, if you want. Now, I’ll just go get the key to Jeffrey’s manacles and then … HOLY SHIT! … What the hell is that noise outside? My God, the whole friggin’ house is shaking. It sounds like a locomotive coming up the driveway!” 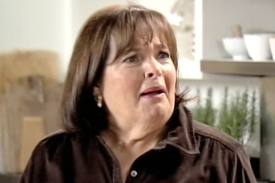 “If Michael threw some kind of hissy-fit and stole his mother’s garden-tractor to plow through my roses again, I’ll kill him!”

“… Well, I better go out on the front porch and see what all the fuss is about, but I’m bringing a turkey-fork just in case. Drunken bachelors can be so mean …”

Jonathan Kieran’s new novel is slated for release in Autumn 2014. Look for news about the book here and at Amazon.com in the coming weeks and months.