Lunch-Hour with Bob and Sheila … #MaleficentPresumptions 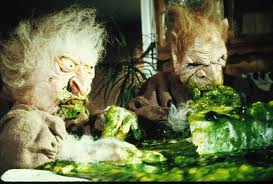 “So Bob, have you ever thought about the difference between good and evil and the implications this might have for one’s immortal soul?” 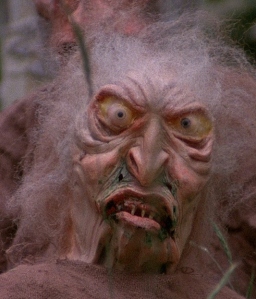 “Hold it right there, Sheila. I don’t go in for all that mumbo jumbo about the Bible, salvation, and God coming into a perfectly wretched heart and setting up shop like He was opening a damned amusement park for sociopaths. In fact, you’re the last person on earth I would ever expect to turn fundamentalist! I mean, only last week you were happily nibbling the earlobes off of helpless senior citizens down at the nursing home. The health department thought it was rats! That was some exquisite work. Don’t tell me that you, of all people, have now found religion.” 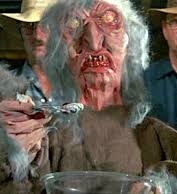 “Relax, Bob. Who said anything about religion? I was just wondering if you’d seen the new Angelina Jolie movie, Maleficent. I was gonna ask you if you thought it was an accurate portrayal of good versus evil. Sheesh.” 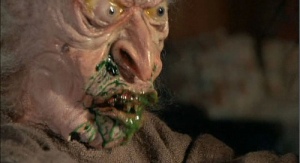 “Oh. Gosh. Sorry, Sheila. Well, yes, I have seen the movie and that is one fairy tale I can highly recommend to all viewers. Very accurate portrayal by Ms. Jolie-Pitt. Er … please forgive me for thinking you’d gone and gotten yourself saved. I shoulda known better.”

“Oh, just finish your knucklebone stew and cartilage salad so we can get back to work, you big goofball. I’ll pretend you never said anything, as usual.”

__
Jonathan Kieran is slowly withdrawing from contemporary human society in protest against a myriad of offenses against taste and decency, but his epic new novel is slated for release in 2015. Stay tuned for more news about the book in coming months.

← When a delicate, pristine dewdrop graces the world …
Know the REAL Danger. #SocietyCrumbleCake →