Nurse Peggy warns us about the dangers of #kale

“In my day, kale was just a big leafy bunch of foolishness a cook might use to ‘fancy-up’ a plate of steaming Southern nutrition–just like the cuisine you see below …”

“Kale? Are you kidding me? Anybody with sense couldn’t wait to yank that bushy piece of pointless garnish off their plate and dive into their chicken-fried steak to savor lard the way God intended lard to be savored, just like that fine-looking American citizen is doing below …” 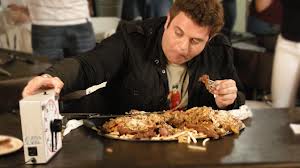 “Well, times certainly have changed, because I understand that anemic hippie-women too weak from hunger to blow their own dripping noses are now chewing raw kale as a means of getting themselves through Pilates class! I mean, these people are blending it up with peaches and sucking it down like it’s some kinda gott-damned dessert! I am not the only American girl who finds this trend disturbing, either.” 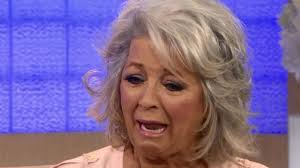 “Oh, Lord, please don’t put that stinky green shrub in with our precious Georgia peaches! [ sniff` sniff`] Who would do that to an innocent little peach, Jesus? My Gawd, we used to feed kale to the hogs! Well, at least we did until poor Aunt Ruby fell in the sty in 1962 and then afterwards they’d only eat chicken bones dipped in a li’l bit of Mary Kay Cosmetics … but this kale fad is an abomination! It ain’t even in the Bible, is it? How much more have I gotta take this year, Lord? Kale’s puttin’ me out of business!”[sniff`sniff` bwuh-hoo-huh-hic`]

“Testify, my sister! It’s putting women like me out of business, too. Why, I used to make my vacation-money working overtime on the triple-bypass wards. Now that’s all gone straight down the toilet due to kale, and I mean that literally. Squeaky-clean colons won’t get me to Vegas every year, honey. I mean, just look at this proud dingbat from California with his big-ass batch of Grade A intestinal-scrubber.” 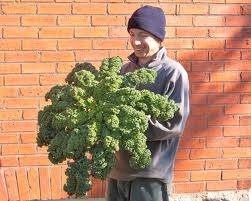 “Lord above, that wormy little hippie looks like he’s gonna go home and smoke that kale, Peggy! What can we do to defeat this evil, darlin’? My powers have weakened since I lost favor with the canned ham moguls.”[ `bwehhh `sniff `buh-hoo-hew-hchh`]

“The solution is simple, babe. We start spreading a rumor that kale is a plant secretly bioengineered by mad Republican scientists to eliminate the muscle tone of every progressive in the country and render them unable to resist the coming Apocalypse. The kale market will crash, people will turn back to godly food, and I’ll be in Vegas quicker’n them razorbacks gnawed the face off your Aunt Ruby in ’62.”

“Oh! That’s a fabulous idea, Peggy! You’re a genius! No Republican would touch a piece of kale. Belly-up those growers would go. Why, I might even be able to rebuild my buttery kingdom!”

“I wouldn’t get my hopes up on that part, doll. Getting rid of the scourge of kale is one thing … getting a nation to overlook your special kind of crazy is another.”

____
Jonathan Kieran’s (as-yet-untitled) new novel is slated for release in late Spring 2014. Look for news about the release here and at Amazon.com in the coming weeks and months.

← Broadway Auditions. Always #NerveWracking.
Because we all know #anyone can do it. #trueartistry →